HOME / Latest / The CBSA in the Immigration Context

The CBSA in the Immigration Context 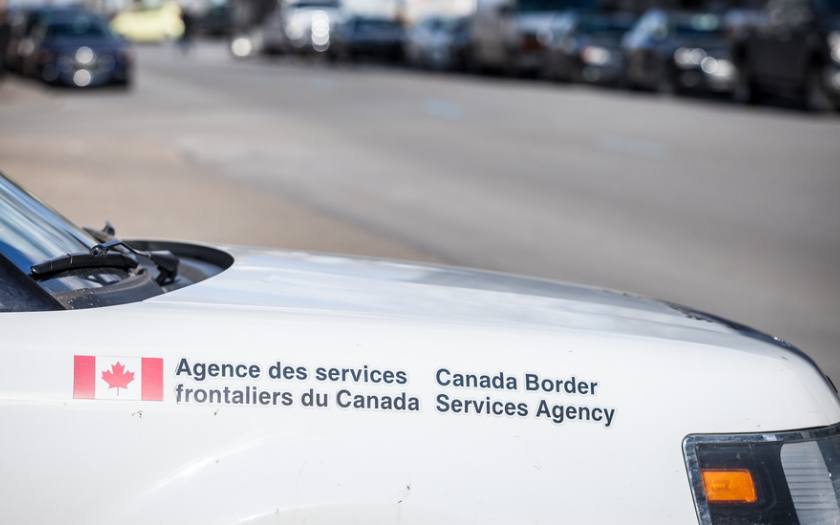 This article provides a general idea of the Canada Border Services Agency (CBSA) in the Canadian immigration context.

The CBSA is a federal department that administers Canada’s borders. It conducts port of entry examinations, carries out immigration arrests, detentions, and removals.
Port of entry examination
People entering Canada are subject to a port of entry (POE) examination according to subsection 18(1) of the Immigration and Refugee Protection Act (IRPA). The POE examination is to determine whether the person concerned has a right to enter Canada or may be authorized to enter Canada.
Pursuant to section 19 of IRPA, Canadian citizens, status Indians, and permanent residents have the right to enter Canada provided they have established that they have the above-mentioned status. Though permanent residents who are alleged inadmissible may be issued an inadmissibility report or a removal order, their right to enter Canada is unaffected until the coming into force of the removal order against them based on subsection 27(1) and paragraph 46 (1)(c) of IRPA.
To be allowed entry to Canada on a temporary basis, foreign nationals must satisfy the examining CBSA officer that they meet the requirements of the program they have applied to, and they are not inadmissible as per subsection 22(1) of IRPA.
Most international travelers will be granted entry after the first service or inspection at a POE. Some may be directed by CBSA officers for secondary services or inspections. This may happen for many reasons including random selection or for further information. Being truthful and following Canadian laws and regulations are key when dealing with CBSA officers.
Currently, due to the outbreak of COVID-19, travel restrictions are in place. International travelers should check the CBSA website for the most up-to-date border information to avoid border crossing issues or delays before seeking entry. They should also use the free app ArriveCan to submit their mandatory information within 72 hours before they arrive at a Canadian POE.
Immigration enforcement
In addition to the POE examination, the CBSA is responsible for immigration arrest, detention, and removal. At a POE, CBSA officers may detain foreign nationals and permanent residents if it is necessary to do so to complete the examination, or the officers have reasonable grounds to suspect that they are inadmissible on the grounds of security, violating human or international rights, serious criminality or organizaed criminality.
While they are in Canada, both foreign nationals and permanent residents may be arrested and detained if officers have reasonable grounds to believe that they are inadmissible and they are either a danger to the public or, likely, will not show up at immigration legal proceedings prescribed in subsection 55(1) of IRPA. Foreign nationals who are not protected persons may also be arrested and detained if they fail to establish their identity.
Once a person is detained, the CBSA officer should notify the Immigration Division (ID) of the Immigration and Refugee Board (IRB) without delay. The ID is the competent tribunal to conduct detention reviews to see whether there are reasons for the detainee’s continued detention.
If foreign nationals and permeant residents are in Canada and are alleged inadmissible, they will either be issued a removal order according to subsection 228(1) of the Immigration and Refugee Protection Regulations (IRPR) or be referred to the ID for an admissibility hearing based on an inadmissibility report. Where the ID member concludes that the person concerned is inadmissible, they will issue a removal order against the person.
The person concerned must leave Canada voluntarily when the removal order against them comes into force and is not stayed. To do so, they must appear at a POE before a CBSA officer to verify their departure and obtain a certificate of departure before their departure from Canada. If they fail to comply with the removal order, the CBSA will remove them from Canada.
Administrative deferral of removals (ADR) or temporary suspension of removals (TSR) may be imposed on some countries of removal, which cause a temporary stay of removal for individuals whose countries of removal are specified in the ADR or TSR. The ADR applies to people whose country of removal is under a humanitarian crisis that has been specified by the CBSA. The TSR applies when general conditions in the country of removal pose a risk to the entire civilian population. A stay of removal orders may occur by operation of IRPA, too.
If a person under a removal order has left Canada but failed to obtain a certificate of departure, they cannot be allowed entry to Canada before the enforcement of the removal order. A CBSA officer may enforce the removal order once the officer has confirmed that the person has departed Canada.
Ministerial relief
IRPA prescribes eleven grounds of inadmissibility. Some apply to both permanent residents and foreign nationals, some to foreign nationals only. The most serious inadmissibility grounds, security, violating of human or international rights, and organized criminality, apply to both permanent residents and foreign nationals. Section 42.1 of IRPA creates a particular mechanism, Ministerial relief, to overcome inadmissibility issues on the grounds of security, organized criminality, and partially on violating of human or international rights. The Minister of Public Safety and Emergency Preparedness (PSEP) may upon a person’s request or on his or her own initiative declare that a person is not inadmissible on those grounds. People with such a need may apply to the CBSA for the Ministerial relief.
While the above-explained immigration mandate of the CBSA is likely the most familiar part to immigration practitioners and travelers crossing Canadian borders, the CBSA shoulders a broader mandate to safeguard Canada and Canadians. It is an Agency that enforces more than 90 acts and regulations.
This article is for information purposes only and should not be considered legal advice. For details about border crossing, immigration arrest, detention, removal, and Ministerial relief, click the respective links in the article. Here are three further informative links on the CBSA website: CBSA contact, guides and brochures, and immigration holding centers. Also, see applicable provisions of IRPA and IRPR for more information: