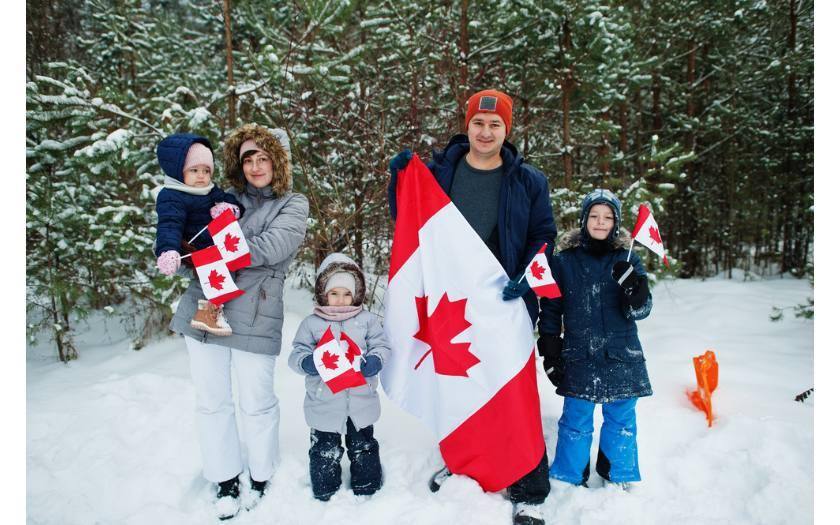 A report on permanent Immigration

The Ministry of Immigration, Refugees and Citizenship Canada’s (IRCC) report on immigration released this month  devoted ten pages to expressing the 2021 report period on Permanent Immigration Programs in Canada. Since 405,999 people called themselves Canadian citizens for the first time in 2021, and more than half, 221,919, of those were temporary residents who transitioned to permanent residents, there was much content to cover.

On administrative and policy levels, Permanent Immigration programs shifted their focus towards inviting permanent status for those already living in Canada in immediate response to ongoing COVID-19 border closures. Processing times were also shortened following COVID-19 delays, gaining movement towards the goal of achieving a 12-month service standard after the application of advanced analytics for determining eligibility, digitalizing files, and the addition of more staff proved successful, achieving a 95% approval rate.

More immigrants than any other G7 Country were accepted into Canada in 2021. Sixty-two percent of successful applicants were chosen from the Economic Class and in total, 252,971 persons with their families were accepted from Economic Classes. Immigration officials temporarily selected successful applicants from an internal pool of recent international graduates and essential occupation workers already living in Canada. Those chosen were high scorers on indicators of long-term success in Canada, such as education, work experience, and language skills. Temporary resident to permanent resident pathways accounted for 106,000 applications received with 90% of the 27,000 successful candidates invited to the Express Entry program, and Canadian Experience Classes already working in Canada.

From the 2021 report, Five Regional Economic Immigration Programs of the IRCC stood out as incentives for encouraging Immigration in every province of Canada, including rural areas in need of workers.

• The Provincial Nominee Program saw a 40% increase in 2021 admission. 54,020 people accepted permanent residence in the provinces and territories. Admittance guaranteed skilled labour for the critical sectors of healthcare, hospitality, food services and transportation.

• Atlantic Canada benefited from the addition of thousands of newcomers retained as permanent residents under the Atlantic Immigration Program, designed to attract and settle skilled immigrants who increased the region’s population and addressed economic needs helping Atlantic communities and businesses thrive.

• Community-driven programs highlighted opportunities in eleven small or remote communities with pilot projects for Rural and Northern Immigration. Under these pilots, skilled foreign workers in healthcare, hospitality and food services, retail, manufacturing, and transportation were invited to work, experience life, and settle in selected rural communities.

• A new Municipal Nominee Program was launched in 2022 after informed consultations with provinces, territories, and key stakeholders. The program effectively disperses 5,000 new immigrants, who typically land in major Canadian cities, towards smaller municipalities of the provinces and territories.

• Phase 2 of the Economic Mobility Pathways Pilot (EMPP) is now underway, with the IRCC accepting applications since December 2021. Two thousand skilled refugees will fill labour shortages in healthcare and other high-demand sectors. In addition, each of the eight provinces and territories participating in the pilot will accept up to five hundred skilled refugee applicants who would work in Canada with their families.

Immigrant services support integration and immigrant success in the job market. The IRCC recognized the significant role settlement services play to immigrants thriving in their unfamiliar environment and empowered Settlement and Integration workers to further support the 428,000 immigrant clients received last year, with IRCC program funding going to 550 immigrant services organizations. A range of services included language training, assets assessments and referrals, transportation, and translation and employment services. In addition, client-centric programming for the Racialized Newcomer Women Pilot extended into 2023 with an infusion of $15 million. To further the inclusion of Canadian organizations supporting community integration goals, the IRCC Funding also went to supporting the 86 Local Immigration Partnerships (LIPs) across Canada.

Among programs supported in 2021, the Welcoming Francophone Communities Initiative is a notable success in supporting French-speaking new immigrants outside of Quebec to settle into their new lives. Dedicated streams for French-speaking and bilingual temporary residents accepted 24,000 permanent residents, with 18,000 more admissions at the end of March 2022 and 32,000 planned for 2023. The goal of boosting Francophone numbers outside of Quebec to 4.4% supports the vitality of a bilingual spirit in Canada.

A three-year pilot project for agricultural and food industry workers was introduced as of May 15th, 2020. The pilot offers permanent residence access to those in agri-food occupations.

Entrepreneurs were welcomed to Canada and were invited to apply for Federal Business Immigration Programs, which encourages entrepreneurs to settle in Canada via Start-Up Visas and Self-Employment permanent residence programs.

Five hundred sixty-five entrepreneurs and their families gained permanent residency via this program. Afghan nationals received extraordinary measures, and priority processing for family reunification as Family Reunification Programs reunited 81,421 individuals with their families. In addition, 69,685 spouses, partners, and children were admitted to Canada and 67,826 more before the end of the year. 47,900 prospective sponsors helped the IRCC towards its goal of 40,000 accepted applications from the Parents and Grandparents Program.

Refugees, protected persons, and humanitarian and compassionate immigration held particular importance in 2021 and 2022 in the context of climate change and the war in Ukraine, as Canada maintained its dedication to Humanitarian purposes, leading the world in humanitarian refugee resettlement. Twenty-five thousand claimed asylums in 2021, fewer than typical because of COVID-19 border closures between March 2020 and November 2021. Canada accepted sixty thousand two hundred twenty-eight refugees and protected persons. Eleven thousand three hundred seventy-seven claimants, representing 3% of all immigration applications, were admitted for humanitarian, compassionate, and public policy reasons.

In this, Canada worked with the UNHCH to identify groups requiring resettlement. As a result, permanent residence was also arranged for seventy-six people under the Blended Visa Office-Referred Program. Canada’s defence of Human Rights led to a dedicated refugee stream, introducing programs to defend persons facing the threat of reprisals for their work. The United Nations Refugee Agency worked with Canada Immigration to present Front Line Defenders and ProtectDefenders programs. Healthcare workers, nicknamed the Guardian Angels, were also received to the pathway to permanent residency, chosen from refugee claimants for their extraordinary commitment to Canadians and their health. In addition, six thousand caregivers and their family members received permanent residence from the IRCC, once again highlighting the compassion, competence, and success of the Canadian Permanent Immigration Policy.