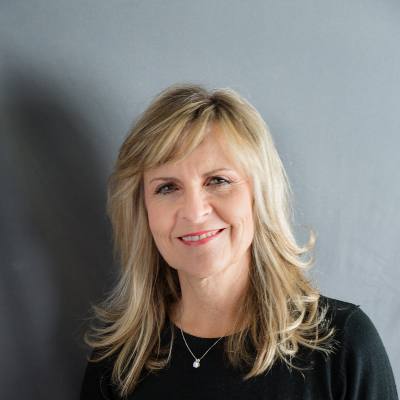 We Dare, because We Care.

Martie Kruger is a Canadian Citizen who emigrated from South Africa in 2008. When she and her husband and two daughters began the immigration process in 2001, they did not use an immigration consultant. It was a long, difficult process, and their application was declined by the Canadian government in 2005, after four years of waiting. In 2006, Martie reapplied, using an immigration consultant, and their application was subsequently accepted. Martie and her family are now happily settled in Brandon, Manitoba, and while a part of her heart is in South Africa, the place of her birth, she has created a fabulous life for her and her family in her new home. As Martie will proudly tell you, she is “Canadian…made in South Africa!”. Martie grew up in Pretoria, moving to the small town of Reitz with parents and siblings, where she graduated from high school. She went to university in Pretoria, where she graduated with a B. Commerce. She continued on with her education, completing her diploma and B. Education at the University of Pretoria. The family then returned to Reitz, to raise their two daughters in a smaller community. During this time, she ran several businesses, including a jewellery store, a restaurant, and a custom framing shop, until the family emigrated to Brandon. Never content with a dull moment, Martie completed her real estate course, and became licensed as a Realtor. She also completed her immigration law course, and became a Regulated Canadian Immigration Consultant in 2015. Martie profoundly felt the need for people considering Canadian immigration to have a helping hand from someone who had personally experienced the immigration process. She is a Regulated Canadian Immigration Consultant (RCIC) and a member of the Canadian Association of Professional Immigration Consultants (CAPIC), the regulatory organization for immigration consultants. She has recently completed a lengthy term as Chairperson of the Board of Directors for Westman Immigrant Services (WIS), a not-for-profit organization that helps new Canadian immigrants settle and adapt to their new country. The result of her personal experience as an immigrant, and her extensive work with refugees and immigrants at WIS, is Martie Kruger , offering understanding consulting services to people and their families who want to immigrate to Canada. Assisting people in achieving their dream of living and working in Canada is Martie’s passion. Martie is a committed citizen of Brandon, and believes in giving back to her community. She has recently completed her term as Chair of The Board of Directors for the YMCA, having worked tirelessly to support the voice of women, and providing a safe place for women and children in need of a home or shelter. Martie and her husband Pieter are frequent hosts to new immigrants to Canada, offering a friendly place to share a meal and work through the challenges of living in a new country. Martie does not hesitate to walk the extra mile for her clients.

Provincial Nominee Applications for Farmers. Relocation and settlement services for farm immigrants to Canada. Scheduling of Exploratory Visits for farmers to Manitoba and Saskatchewan. Strong network of professionals in the agriculture industry

Citizenship applications for adults and minors

8. Canadian Experience Class
EXPERIENCE: 2-5 YEARS
9. Federal Skilled Workers, Federal Skills Trade, Express Entry
EXPERIENCE: 5-10 YEARS
Cookies Policy - CAPIC websites store cookies on your computer. These cookies are used to collect information about how you interact with our website and allow us to remember you and your preferences. CAPIC uses this information in order to improve and customize your browsing experience and for CAPIC analytics and metrics about our visitors on this website and other media.
By clicking Accept, you agree to CAPIC and its partners’ use of cookies. Click here for more information about CAPIC’s privacy policy.