A Newcomer’s Guide to Stampede City 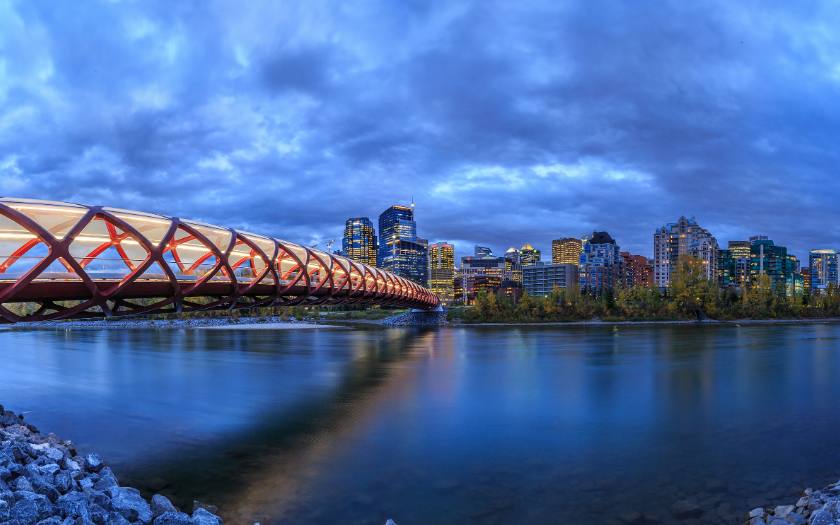 Wrong! Howdy, and welcome to Calgary, Alberta’s largest city and the beating heart of the Canadian prairies.

A Brief History of Calgary

The native peoples of Canada (referred to as First Nations or Indigenous people) have lived in the Calgary area for the past 10,000 years. By 1876 it was firmly on the beaver fur trade route and was established as a Hudson’s Bay Company trading post called Fort Calgary (after Calgary Bay in Scotland).

In 1883 a railways station was built near the Fort, and the small settlement started to expand quickly. It officially became a city in 1894 and had a population of 4000 people. The Calgary Stampede was inaugurated in 1912, and oil was discovered there in 1914. Modern Calgary grew from these humble beginnings, and the world soon learned of this agricultural and oil town in a big way during the 1988 Winter Olympics.

Today, the sprawling city of Calgary is home to 1.5 million residents (as of 2016) spread across four quadrants. It is a very multicultural and tolerant place, and one of the most diverse cities in Canada.

As of the 2016 Canadian Census and 2017 Calgary Civic Census, here is Calgary’s racial and ethnic composition:

Some of the most common visible minority groups are:

English is the most commonly spoken language, as roughly 70% of locals speak only English. Just 1% speak French, and up to 25% speak their native languages at home and in social situations. That said, most immigrants do start to learn English as soon as they arrive and can communicate effectively within a short period of time.

You might want to pay close attention to this topic! Even within Canada, Calgary’s weather is notable for its extremes. Within one day you can have a perfectly sunny morning with temperatures in the teens (C), but by the afternoon a snowstorm could roll in. As a result, Calgarians love to talk about the weather.  Locals often compare notes about how weather-hardy they are, and it is not unheard of for a family to fire up the BBQ when it is -30C outside!

If you’re hoping to fit into the local culture, make sure you have a thick, warm parka for the winter and a swimsuit for floating down the Bow River in the summer. Remember, it is Canadian custom (and law) to shovel the snow from the walkway in front of your home. Failure to do so could result in fines from the city – and very grumpy neighbours.

The Chinook is a local First Nations word that means "the wind that makes the snow disappear," and it provides a blast of dry, warm air from the Rockies that forces the cold air out of the atmosphere. It can warm the weather by as much as 30C in one day!

Calgary has an efficient public transportation system that can get you to the four corners of the city. Services include buses, light rail (LRT), and the C-Train (two train lines that head north and south from downtown). Accurate and current fare information can be found on this website. As of January 2019, an adult fare is $3.40, a student’s rate (6-17) is $2.35, and children under the age of 5 can ride for free.

The tickets are valid across the entire network for 90 minutes, and monthly passes are also available.

Top 5 Things to Do in Calgary

Calgary has many free services designed specifically for newcomers to Canada.

Joining a local library can be a great step for any newcomer to Canada. Not only do libraries loan out books and DVDs, but the Calgary Public Library also has a lot of services designed with immigrants in mind. From children’s story time, language classes, and the ability to surf the web for free, the CPL is a valuable resource for everyone. For more information about how to get a CPL membership, read our article about public libraries in Canada.

There are many branches across the city, but the main branch is the New Central Library, located at 800 3 Street SE, Calgary, T2G 2E7.

Getting to and from Calgary

You’re in luck! Calgary is the hub (main airport) for the Canadian budget airline Westjet. As a result, you can fly directly from all major (and many medium and small) cities in Canada, as well as many cities in Mexico, the Caribbean, the U.S., and even a few in Europe (including London, Paris, and Barcelona).

Canadians think nothing of driving for long distances to visit family or friends – it’s common to travel for more than an hour or two in the car to have dinner with loved ones. As there are relatively few big cities in Canada, it is common to drive up to 15 hours in one day to get to Vancouver! Edmonton, the provincial capital, is just 3 hours away. Passenger rail travel is uncommon and very expensive, so Greyhound buses are a far more common method of long distance travel.