A Newcomer’s Guide to Ottawa 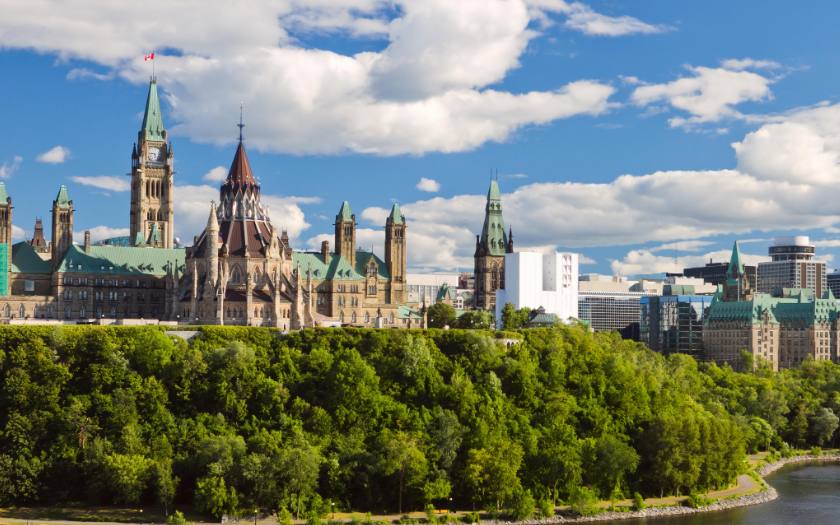 Ottawa is known for its epic Canada Day celebrations on July 1, as well as the Rideau Canal's ice-skating festivities in the winter and boating activities in the summer.

Welcome to Ottawa, the nation’s capital and home to an international community of immigrants and diplomatic staff from every corner of the world. Ottawa is located in southeast Ontario, sitting on the banks of the Ottawa River and known for its stunning Victorian architecture, including the iconic Parliament Hill, and world-class museums.

A Brief History of Ottawa

When Samuel de Champlain arrived in the Ottawa Valley in 1603, he met with different people from the Algonquin First Nations and shortly after established a permanent French settlement at Tadoussac on the St. Lawrence River.

The first settlement on the Ottawa River was founded by Philemon Wright and aptly named Wrightstown. It’s currently known as the city of Hull.

The Rideau Canal opened in 1826 linking Bytown to the Lawrence River. Bytown did well in the lumber trade and was poised for success when the railway arrived in 1854.

Bytown was dubbed Ottawa shortly after for the Odawa First Nation and was named the capital of Canada by Queen Victoria in 1857. From there, the city developed and grew quickly, with many notable buildings constructed by the end of the nineteenth century.

Today, Ottawa is a thriving government and tech centre known for its high quality of life, food, music, and arts scene.

Home to nearly one million people, Ottawa is Canada’s fourth largest city. Historically, it was mainly a community of French Christian and Irish Catholic immigrants but today is one of the most diverse cities in Canada, with approximately one quarter of the population being foreign-born. Nearly 24% of the population belongs to a visible minority group or are First Nations.

According to the official 2011 census, Ottawa has the following ethnic and racial composition:

While many people in Canada are not actively practising, Ottawa is a predominantly Christian city with 65% of the city's population belonging to one of these denominations. The most common religions in Ottawa are:

Ottawa is known for cold winters with plenty of snowfall and pleasant, warm summers.

Ottawa's extensive transit system has a fleet of more than 900 vehicles serving more than 350,000 riders every day across the Ottawa area and into Gatineau, all managed by OC Transpo.

Bus fare is $2.50 for adults and children over the age of four (children under four ride for free). You can save money by buying books of ten bus tickets, or a monthly Presto or Parapay pass.

The Top 5 Things to Do in Ottawa

Marvel at the Canadian Parliament Buildings

The Canadian Parliament Buildings were reconstructed in their original sandstone after a 1916 fire, but the Parliamentary Library was untouched by the flames. Parliament is best visited on a free guided tour, or you could attend a public question period when government is in session. Make sure you witness the RCMP’s Changing of the Guard, which takes place each day at 9:50 am and is also free to watch.

Walk (or ice skate!) along the Rideau Canal

The Rideau Canal was not only an important historical development, but it’s also a major hub for tourism and local activities today. In the winter, you can skate along its length and in the summer you can partake in the boating activities along the canal.

Canadians are understandably proud and patriotic about their country’s pivotal role in the First and Second World Wars and as modern peacekeepers throughout the world. A visit to the Canadian War Museum is important if you want to understand the Canadian psyche and the development of Canadian identity throughout the twentieth century.

Spend the day admiring art at the National Gallery of Canada

Visiting the National Art Gallery of Canada is an unbelievable architectural experience, even before you start to view the works of art! This ultra-modern building was designed by Moshe Safdie and is a modern accompaniment to the nearby Parliament buildings. Follow the history of Canadian art, from religious paintings to the Group of Seven, to Inuit and First Nations art.

The neo-Gothic Victorian Peace Tower is the highest point in Ottawa and provides you with stunning panoramic views of the entire city and Gatineau. This is by far the best view of Parliament Hill! It is free but you must book a ticket in advance, either in person or online.

Since Ottawa is the nation’s capital city, there are plenty of services available for immigrants and newcomers to Canada.

OCISO should be your first point of contact for immigrant services in Ottawa. They are dedicated to supporting newcomers to Canada by providing a range of language classes, courses, and advocacy programs. OCISO believes strongly in building a sense of community for newcomers, and they provide friendly and compassionate support and counselling services.

Immigrant Women Services Ottawa is a community-based agency serving immigrant and visible minority women as they integrate into a new society, rebuild their lives free of violence, and achieve their personal goals. Every year, over 2000 women and children are helped by IWSO’s dedicated staff and volunteers.

The OPL also offers resources aimed at helping newcomers to Canada, including “food literacy” classes (designed to teach you about the foods of your new home), computer assistance, and help learning one of Canada’s two official languages.

Interested in learning how to obtain a library card in Canada? Be sure to read our article on Canadian public libraries.

The Ottawa International Airport (YOW) is an 18-minute drive from downtown Ottawa and offers flights to all major Canadian cities, sun destinations in Mexico and the Caribbean, and many regularly scheduled flights to New York and Washington DC, as well as London Heathrow and Frankfurt Main.

Ottawa is a two-and-a-half-hour drive from Montreal and around a four-hour drive from Toronto. You can take a Greyhound Bus or a VIA Rail train easily between Ottawa and these cities. Porter Airlines offers a direct one-hour flight from Toronto City Airport and Ottawa, which is perfect for business commuters.