A Newcomer’s Guide to Edmonton 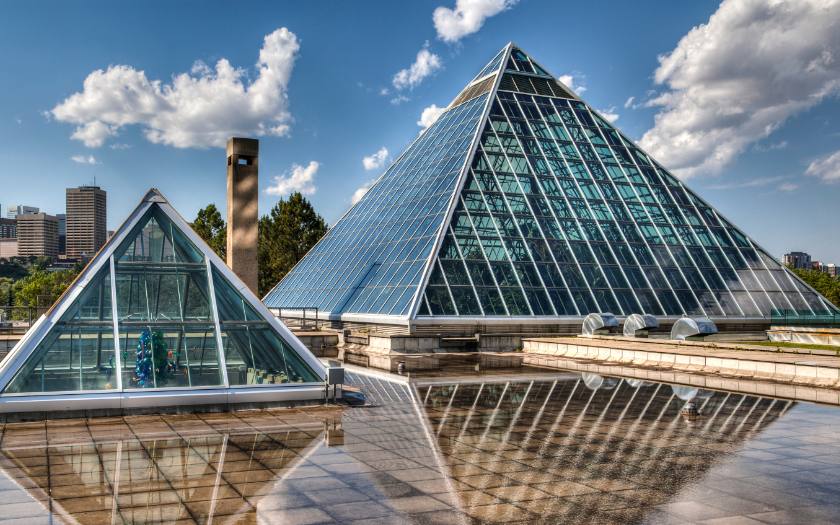 Read on to learn more everything a newcomer to Canada needs to know about Edmonton.

A rich and fascinating history, a world-famous shopping mall, and stunning natural beauty. Welcome to Edmonton – Gateway to the North! The capital city of Alberta attracts thousands of immigrants each year and is known for its proximity to the Rockies and high standard of living.

A brief history of Edmonton

Edmonton has been the home of First Nations people (Canada’s Indigenous populations) for tens of thousands of years. They hunted, fished, and lived prosperous and dynamic lives before colonization.

The Edmonton area was settled by the British in 1795 and was named Fort Edmonton (after the area north of London). The coming of the Canadian Railway in the 1880s brought waves of immigration and commerce to the area. By 1892, it was incorporated as a town. In 1904, it was designated as a city.

Who lives in Edmonton? Social demographics

According to the 2016 Census, Edmonton is home to 932,546 residents. The metropolitan area’s population is larger, at 1,366,050. That makes it the sixth-largest metropolitan area in Canada.

According to the 2016 Census, more than 30% of Edmontonians belong to a visible minority group.  Over 5% are of First Nations descent.

Wondering about the religious affiliation of Edmontonians? According to the 2011 National Household Survey, the responses show the following :

If you are moving to Edmonton, you will certainly be interested in the weather! After all, there are few cities in the world that are as cold as the capital of Alberta. Locals love to talk about the highs and lows – and of course, the snow.

Edmonton’s climate is classified as ‘prairie-steppe type.’  This means the area is predominantly sunny and bright, even in the winter season. It is a very dry city, with most of the rain occurring in the summer. Even in the warm summer months, it is hot and dry during the day, and cool at night.

Be prepared for more snow than you are likely used to seeing! On average, over 1 cm of snow is on the ground 141 days each year. Compare this with 65 days in Toronto, a cold city, and you can understand why Edmonton has such a snowy reputation!

The Edmonton Transit Service (ETS) is the public transportation provider in the Edmonton area, and they serve over 80 million trips annually. There are two forms of public transit in Edmonton: Light Rail Transit (LRT), and a vast network of buses that cover every corner of the city and suburbs.

Taking the bus costs $3.25 per adult for a single trip, in which you can take as many buses as you wish for 90 minutes. You need to pay for your fare in cash, but you can also buy single-use ticket packages and monthly passes throughout the city at grocery stores.

Taking the LRT is the same cost, $3.25 for unlimited trips within 90 minutes. You can also buy single-use ticket packages and monthly passes throughout the city at grocery stores.

The Top 5 Things to do in Edmonton

1. Visit the Royal Alberta Museum – The Royal Alberta Museum is one of the best museums in Canada. This modern building is home to a vast array of displays and exhibits covering cultural heritage and natural history. This is an excellent way to spend the day with kids and learn more about your new home. Admission is $19 per adult, $14 for seniors older than 65, $10 for youth 7-17, and free for kids under 6 years old.

2. Shop til you drop at West Edmonton Mall – While you might not think of yourself as a ‘mall’ person, you haven’t experienced West Edmonton Mall. This is Canada’s largest mall, and one of the biggest in the world. It is home to the Galaxyland amusement park, an ice rink, aquarium, water slides and of course – hundreds of shops and restaurants.

4. Step back in time at the Fort Edmonton Park – You simply can’t miss out on another open-air museum, Fort Edmonton Park. This is a reconstruction of an 1846 Hudson's Bay Company fort and the 1885 pioneer town. Kids and adults alike love FEP – look out for their many seasonal events throughout the year. *Note that the park is closed for extensive renovations until May 2021.

As a newcomer to Edmonton, there are plenty of services designed to help you settle in and access resources.

The Edmonton Public Library (EPL) consists of 21 branches across the city and is open to all Edmontonians. Registering for a library card is free, which allows you to borrow books, DVDs, CDs and other resources. Librarians are always happy to teach you how to use the library and assist you with the computers. You can come here to use the internet, relax and read or do research. The EPL also hosts clubs, kids’ activities and other community events.

Getting to and from Edmonton

Edmonton is the northernmost city in North America with a population greater than one million residents. It is 3 hours north of Calgary by car and a 12-hour drive from Vancouver.

Most people arrive in Edmonton by air or by car. It is important to note that passenger rail travel is uncommon and often quite expensive in Canada. For long distance travel, most Canadians drive, fly or take Greyhound buses.